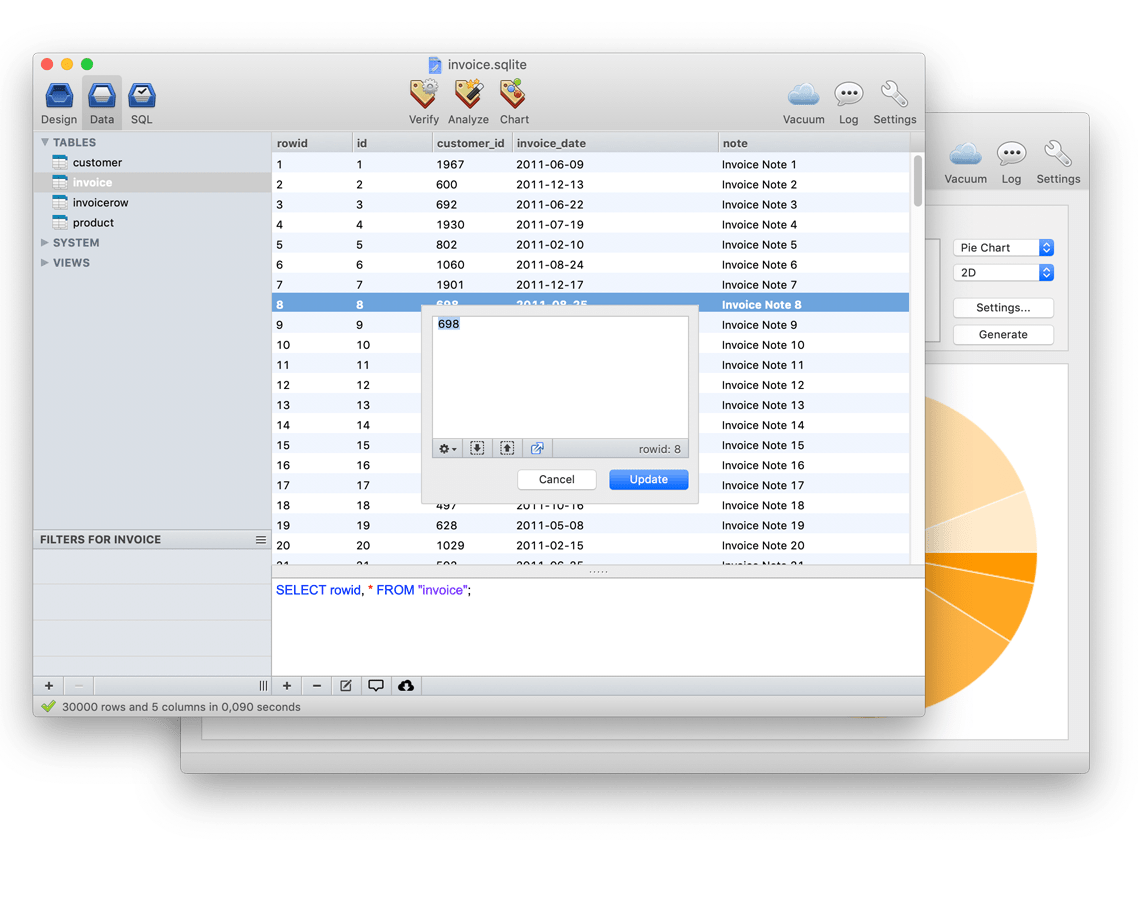 Starting from version 4.3.0 SQLiteManager fully support SQLCipher database encryption. SQLCipher has been adopted as a secure database solution by many commercial and open source products, making it one of the most popular encrypted database platforms for Mobile, Embedded, and Desktop applications.

SQLiteManager is the only sqlite application that supports all the official encryption extensions developed for sqlite by the sqlite authors (SEE - SQLite Encryption Extension). We invested a lot of time building the encryption options built into SQLiteManager and you can now add, remove or change encryption for an sqlite database just selecting a menu item.

The Importance of a Nonce

Because of the extra space taken to store the nonce on each page of the database, your database file might be slightly larger when encryption is enabled. This size increase (if any) will be very small. But if this is still a problem for you and if your use of encryption is to more to prevent idle snooping that to block a determined hack attempt, then you can create one or more tables in the database first, then invoke sqlite3_rekey() to change the encryption key from NULL to whatever you want. No nonce will be used in that case. The encryption will be weaker, but no extra space will be used in the database file to store the nonce.

Bytes 16 through 23 of the database are unencrypted. Thus, you can always check to see how much nonce is being used, even on an encrypted database file, just by looking at byte 20. It is recommended that any product that uses encryption check this byte to make sure it is being set to 4 or 12 or 32 and not 0.

SQLiteManager is a powerful database management system for sqlite databases, it combines an easy to use interface with blazing speed and advanced features.

A single license is valid for up to 2 computers (if not used at the same time). No subscription required. Free 4.x updates.